I’ve been hearing rumblings in some of the Bullet Journal groups I’m in about Rhodia Webnotebooks, so I bought one to see what all the hype was about.  I know many of your are diehard Leuchtturm fans (with good reason), so I thought you might be interested in a side-by-side comparison.  Please note, Rhodia has a variety of different notebooks but this review is for the one most similar to the Leuchtturm which is the Rhodia Webnotebook. 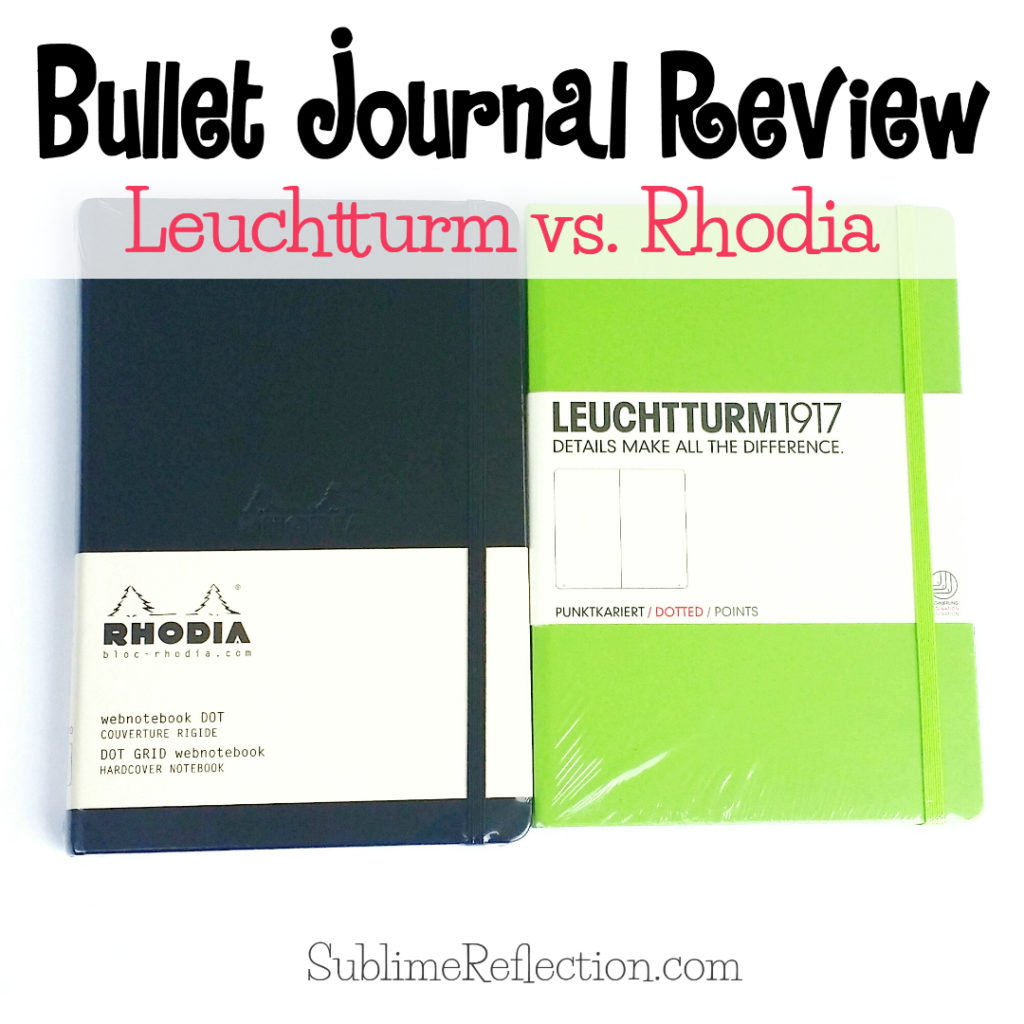 Let’s start from the outside in.  As you can see in the photo below, the two notebooks are very similar in size.  The cover of the Rhodia sticks out a little bit over the edges of the pages, so it looks a little bigger in this photo, but in reality, the Leuchtturm pages are slightly larger.

The Rhodia has an Italian Leatherette cover which is a little nicer than the Leuchtturm.  I’m not sure what material the cover actually is on the LT, but I’d describe it as sort of a paperish vinyl.  I know that’s not very clear, but it’s the best description I’ve got.  I have some older Leuchtturm’s that the cover has worn a bit on the spine and shows some white marks through it.  I don’t think the Rhodia cover would show the same wear, but I haven’t had it long enough to say for certain.

I know this is what you really want to know!!  The Leuchtturm paper is 80 gsm, while the Rhodia is 90 gsm, meaning the Rhodia is thicker.  As you can see in the photo below, the Leuchtturm shows a little more ghosting on the back side of the page. 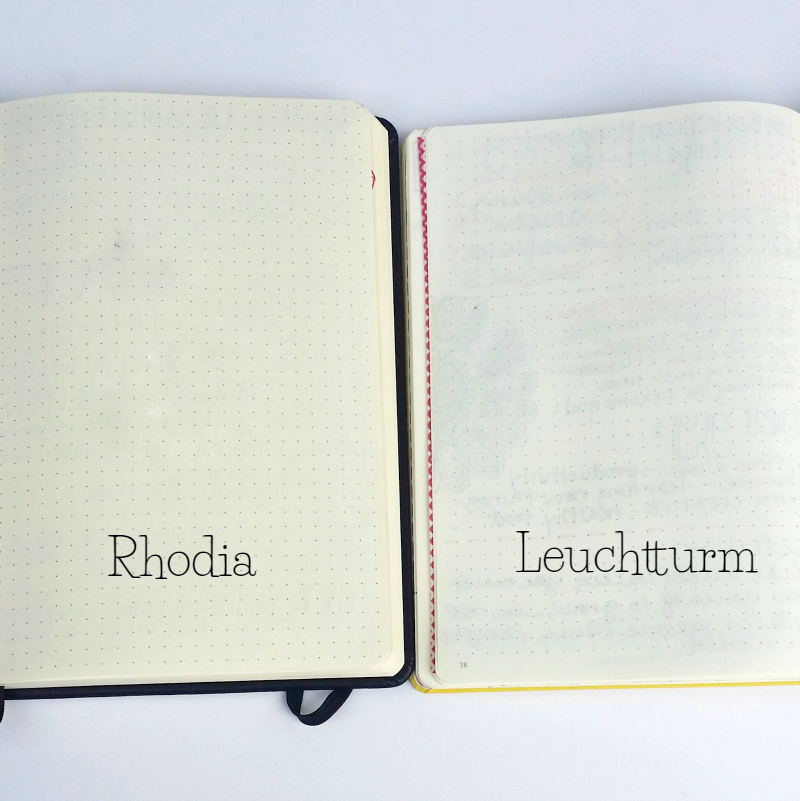 As you can see in the photo above, the dot grid pattern in the Rhodia is slightly darker.  I don’t mind this at all, but if you want your grid barely visible, you might prefer the Leuchtturm.

I counted the number of squares for you — I know that your inquiring minds want to know!  One page in the Rhodia has 26 squares across and is 40 squares up and down.  The Leuchtturm also has 26 squares across, but is only 38 squares up and down.  The grid pattern is more centered on the Leuchtturm and leaves a little bit of a margin all the way around.

Here’s an overview of the most popular features so you can compare the notebooks side-by-side. 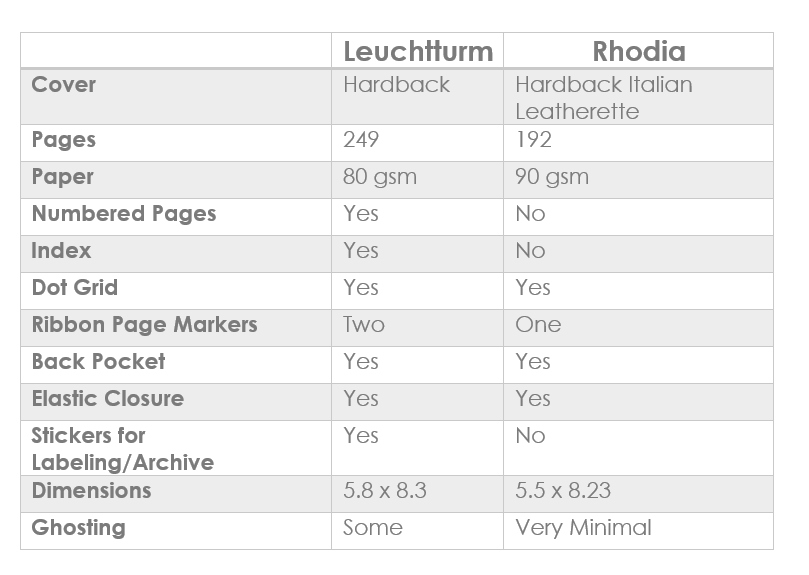 Another item worth mentioning is that the Rhodia only has one ribbon bookmark, and it’s pretty short.  You can see in the photo below how much longer the TWO Leuchtturm bookmarks are.  This photo also shows how the dot grid pattern is a bit darker and the paper is a little more cream-colored. 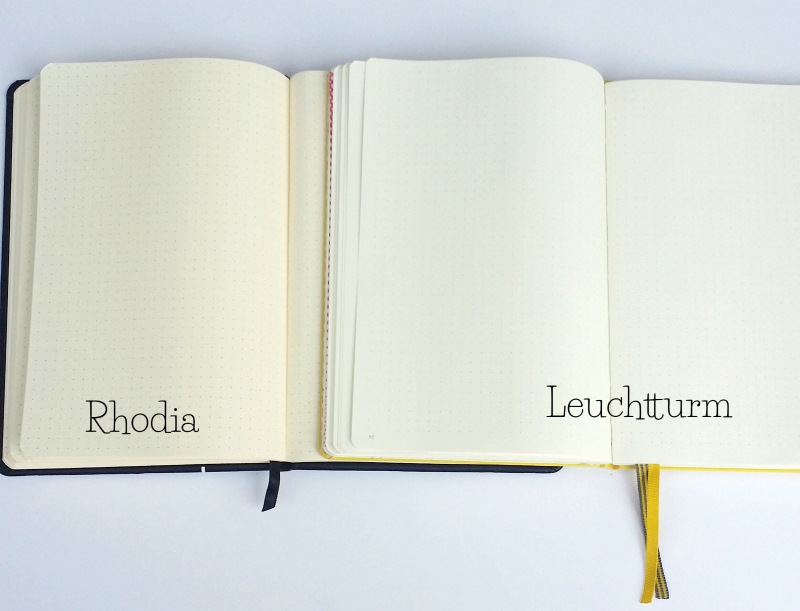 Right now, the Rhodia Webnotebook only comes in Black and Orange.  It also has an embossed logo on the front cover that you may or may not like.  The Leuchtturm comes in a variety of bold colors!

The manufacturer’s recommended retail price is $19.95 for the Rhodia and $19.50 for the Leuchtturm.  You will find them at various different prices online.  The Leuchtturm has been in hot demand lately and a lot of US retailers are running low on their supply, so if you see a good price, grab it while you can.  I’ve heard rumors of another shortage coming soon!

As you can see, they are both great notebooks with a variety of features.  You ultimately have to decide which features matter the most to you.  I’m currently using a Yellow Leuchtturm for my personal Bullet Journal and a Rhodia Webnotebook for my Scripture Study Journal, and I love them both! 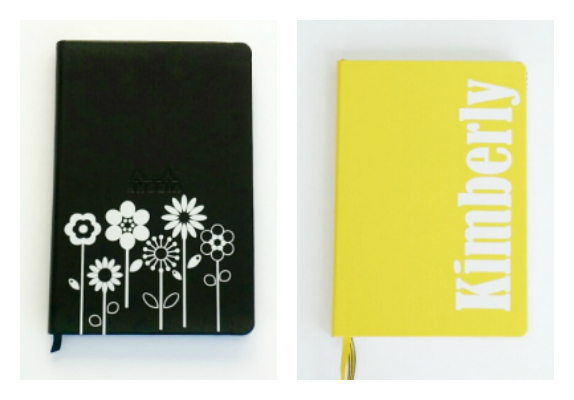 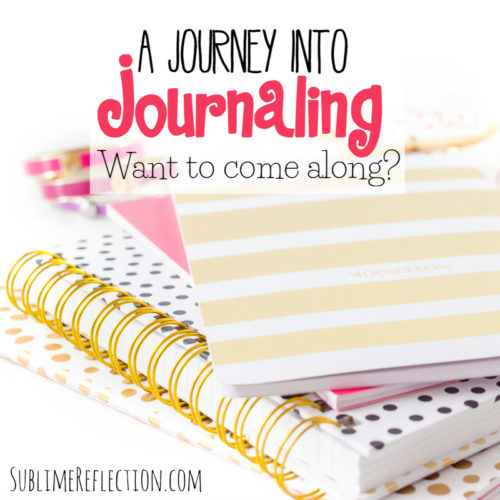 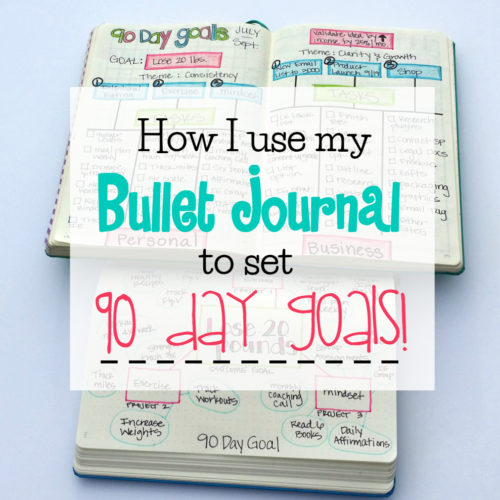 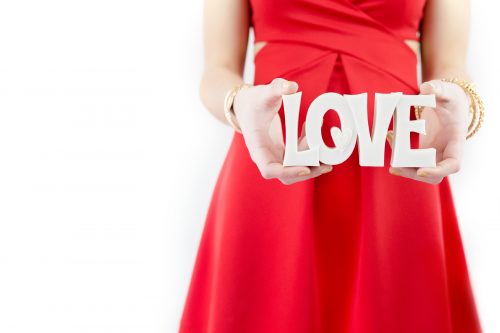 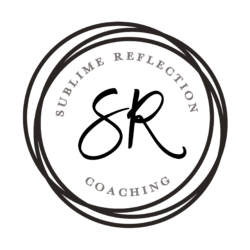